The other side will not attack you while the other is in its combo, so you can get a quick few hits in. Lucatiel's summon can be found in a little out of the way place as you were navigating the houses trying to get to the ship. Her summon is near a large grate which will open up for a shortcut later on by pulling down a levy much like before going into the area for Heide's Tower of Flame at the beginning of the game.

Accessed by going through a series of flooded hallway in the lower floors and a narrow hallway leading to the building which has 2 stairwell on the side. Can be locked on to if lights on the sides of the outside of the arena are lit.


Guards a Primal Bonfire. You should either turn up your brightness settings or, before the fight, light some oil places on fire that are located up the two stairs that are visible on the way to the fight.


Spells are not recommended for light, as they will burn out eventually and the same goes for torches. The boss itself is pretty fast and agile, reminiscent of Artorias from the first game's DLC, though not quite as hard hitting or aggressive. The best tactic is for at least a single summon to help. Whether it be for aggro bait or simple to take pot shots to whittle down her health. Can be up to five of them. Very similar to the gargoyles in Dark Souls. If focusing on one target, it's best to have a summon to distract the others.

Or, keep your distance and use Lightning Spear. Around the second half of the fight, the gargoyles will start spewing flames, though randomly. Accessed by the end of a hallway of a series of cell rooms. Pilgrim Bellclaire can be summoned in one of the cells leading up to the Fog Door. These bosses are agile and can jump back onto the platforms, so don't expect do be able to cheese them easily.

You will only have to fight one of them at first. When the first one is down, the other two will jump down and slowly head towards you. A summon is good for this area and there is an NPC summon should you need it right in one of the cells before the fog wall. Crystal sorceries seem to be the most damaging, taking off sometimes a third of one's health with one shot.

There is a summon in one of the cells right before the boss fight who uses Crystal Sorceries, however, she is weak so use the Red Eye Ring or be prepared for her to die. Accessed by going through the mist after the second bonfire. Looks like a normal rat but has a giant mohawk on it's back. There are MANY rats in this room, so watch that you don't get poisoned or petrified. Note: There is no summoning available in the Grave of Saints. You must face the rat horde alone.

You really shouldn't need help with these guys though. Note: There are a few big things to note about this fight. For one, you can't summon anyone, not even an NPC. Secondly, the boss battle technically doesn't start until you've killed a lot of rats. The rats are infinitely spawning so you'll be wanting to kill about one, finding the best exit to the other side of the room and repeat.

You should be able to survive if you do this conservatively. Don't panic if the rats start to clog and exit. You can usually just clear a few out and some will aggro to you, giving you enough room to retreat. The small stones on the ground can be used as barriers to heal, though I wouldn't recommend it. The rats can't seem to get past them easily, making it an iffy situation where you can heal even if it doesn't look like it. Your main goal is to look for rats who have mohawks.

Its a bit tricky, but you'll know it when you see it. Your goal is to kill those things. From the beginning, you will notice killing regular rats does not lower the boss' health meter. However, these rats will do it. Its be to kill them as quick as possible while still remembering the steps from above.

Don't get cocky. These things don't hit fast, but your main concern is the poison and petrified meters during this battle. A giant rat with a moveset very similar to Sif from Dark Souls. You must face the monster rat alone. Note: Fire is powerful against the rats and the boss.

If you put out a Lingering Flame and quickly attack one of the rats, you can make them walk into a powerful trap. For melee players, dodging its frontal attacks and running underneath it will let you hit the back legs. Be wary of tanking the boss, as its attacks drain lots of stamina and inflict poison. If the boss starts to vomit, don't take it as a chance to attack as it breaks all equipment if you stay underneath.

Your main annoyance will be the small rats so take them out first. You may notice the boss will hurt the rats with its attacks but these attacks don't do enough damage, so take them out quickly because the boss cannot. No matter what anyone says, this boss is almost nothing like Sif from the first game. The boss is slow and its attacks are easy to spot, however, it has large sweeping attacks like Sif but it also can bleed you making this fight very short. You'll want to stay as close to its legs as possible no matter what build you're using.

Sorcerors will find this fight easier as they can simply put out an Affinity, Homing Souls mass etc.

However, you still will need the shield so unless a Sorceror is agile and well timed, they'll find this boss to be a pain. Take the path to the right of the large basilisk. Manscorpion Tark can be summoned outside the Fog Door if you talk to him with the Ring of Whispers first and exhaust his dialogue. You'll only see her upper half sticking out of the sand at the beginning. She'll fire some powerful sorceries at you untill you go to her. She'll then duck under the sand for a few seconds and then emerge as a full scorpion.

Manscorpion Tark won't deal much damage to her, but he can soak many of her attacks while you pelt her with ranged spells preferably from far behind her or from behind Tark, as she often dodges attacks made from the sides.

Unfortunately, he doesn't hold her aggro very well, so ranged weapon fighters should expect her to suddenly charge them from time to time, and melee fighters should be ready for her to occasionally hit you instead of her boyfriend. Her melee attacks are easy to dodge and leave her wide open, save for her tail whip which does a lot of damage, comes and goes fast, and will knock you down. Fortunately, you'll have time after pretty much any of her attacks to recover stamina and chug an Estus. If she manages to hit you with her double sting, hope you allies can hold her aggro and be prepared to start chugging Estus until the Toxic status effect goes away.

Halfway through the fight, she'll burrow underground and attempt to murder you from below. 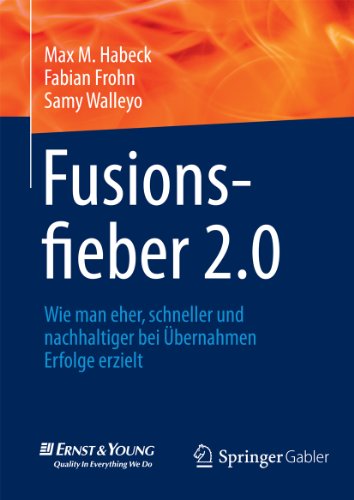 Manscorpion Tark's presence seems to cause her to surface early and harmlessly, and you can hide out on the block of stone in the middle of the chamber to make yourself immune to this, but even without those tricks, watching where the ground spits out dust clouds and running away from her works just fine. Just don't let yourself get cornered while running, as this move deals massive damage. Its best to be lightly armored for this fight with a shield that blocks as much melee damage as possible.

Magic shields are decent for long range, though her sorceries will more than likely stagger you as she fires multiples at a time. If possible, hide behind a tree when you see her beginning to cast, as they'll soak the spells for you. Ignore the glowing item to the far left of the boss room. Only she can knock it down and its not worth possibly dying for a few Prism Stones unless you really want to trade them for a lowest-tier item from the crows.